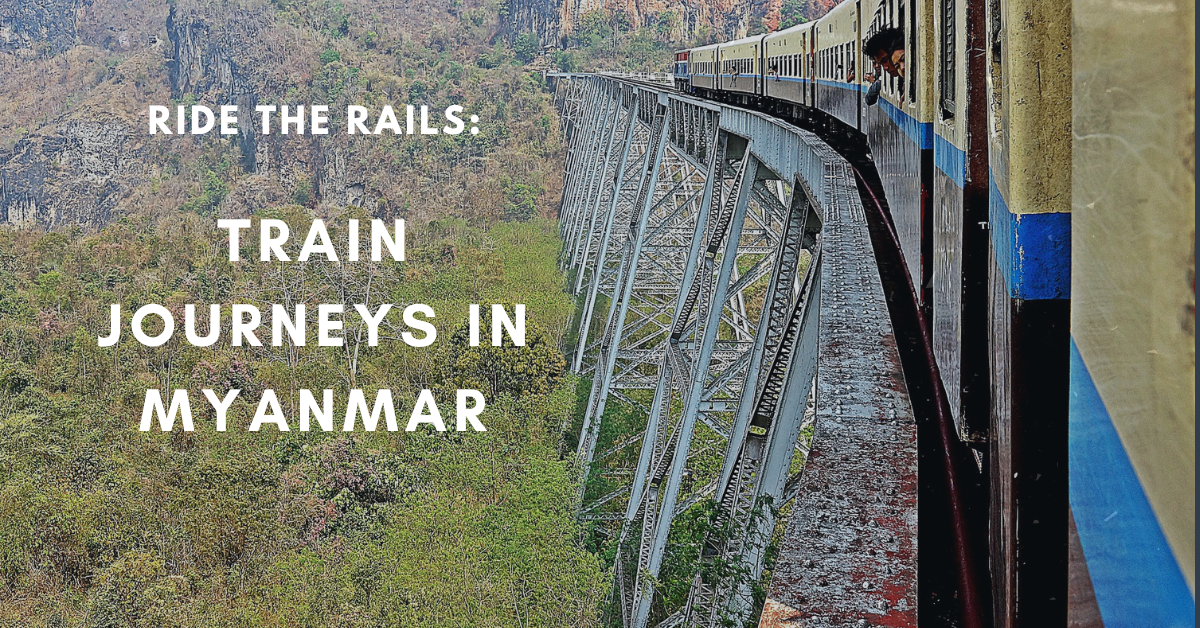 All aboard- trains are a fabulous way to explore Myanmar! Not only is rail travel more environmentally friendly and more comfortable than bus or plane, it is also easier to socially distance when on a train.  There are other benefits to train travel, too, especially when exploring a new destination. The slower pace of train journeys allow you to see more of the countryside and observe local life- things that you would miss if you opted to fly from A to B.

When planning your Myanmar holiday, consider adding in a train journey! Myanmar has an extensive train network, with over 10,000 kilometers of track.  The construction of railways dates back to the 1870s, when the British ruled the lower part of Myanmar. Many of the tracks and train stations from that era are still in use today and in recent years the government has been slowly improving the railway infrastructure.

From short rides on commuter trains to long-distance overland journeys, here are our picks for Myanmar’s top train rides!

Myanmar’s largest city is infamous for its traffic jams and one way locals avoid them is by using the city’s commuter train. This track loops around the city and its suburbs, thus giving it the nickname ‘circular’ train, and carries tens of thousands of commuters daily. The train starts its loop in downtown then slowly winds its way through residential areas. In addition to the scenery outside your window, the inside of the train also makes for wonderful viewing as vendors roam the carriages selling snacks and other items and commuters of all ages board the train. The full circuit takes around 3 hours but it is easy to hop off and explore various neighborhoods that you may not see on a normal Yangon city tour.

GOTEIK VIADUCT (3 – 5 hours) A ride across Goteik Viaduct has become a ‘bucket list’ item for many travelers to Myanmar.  Located north of Mandalay, the trestle grew in popularity after being featured in travel writer Paul Theroux’s book The Great Railway Bazaar.  This railway trestle was constructed in 1899 and, at the time, was the highest railway bridge in the world at 110 meters. The train slowly lumbers across the bridge, swaying slightly side-to-side, making the journey a thrilling experience. Travelers can board in Mandalay around 5 AM or hop on later in Pyin Oo Lwin three hours later. The train then takes about 2 hours to reach the start of the viaduct and arrives at the next station an hour later.  After crossing the Goteik Viaduct, you can continue by train or car to Hsipaw in the north or return to Mandalay by car.

KALAW TO SHWE NYAUNG (3-4 hours) Myanmar’s Shan State region is one of the most beautiful parts of the country. What better way to enjoy this scenery than with a slow train ride though the mountains and village? Rather than driving the 2 hours from Kalaw to Inle Lake, we suggest instead taking the train! Departing from Kalaw’s colonial-era train station just before noon, the journey takes around 3 hours in total. The views along the way are great: lush farmland, dense pine forests, small villages and a scenic bridge crossing. There is also plenty of activity inside the train, as farmers pile up fresh produce to send to the next town and vendors shuffle carriage to carriage to sell tea and snacks.  The journey does not take you all the way to Inle Lake itself, but after disembarking in the town of Shwe Nyaung it is less than 30-minutes’ drive to the edge of the lake.

YANGON TO MANDALAY (15 hours) This epic train ride connects Myanmar’s two largest cities. After passing through the sprawl of Yangon, the tracks lead to the countryside and slowly ramble through villages and mile after mile of farmland until arriving 15 hours later in Mandalay.  While the drive only takes half the time, what is remarkable about this Myanmar train journey is the chance to see just how unspoiled, undeveloped and beautiful rural Myanmar is. Not to mention the friendly faces that great you along the way as you pull in to stations in small towns. If you have the time, this all day or overnight Myanmar train ride is worth the effort!

If you are ready to plan your Myanmar holiday or a special Myanmar train journey, get in touch with our team of travel experts! Send an email ([email protected]) or give us a call on 09 269869090. 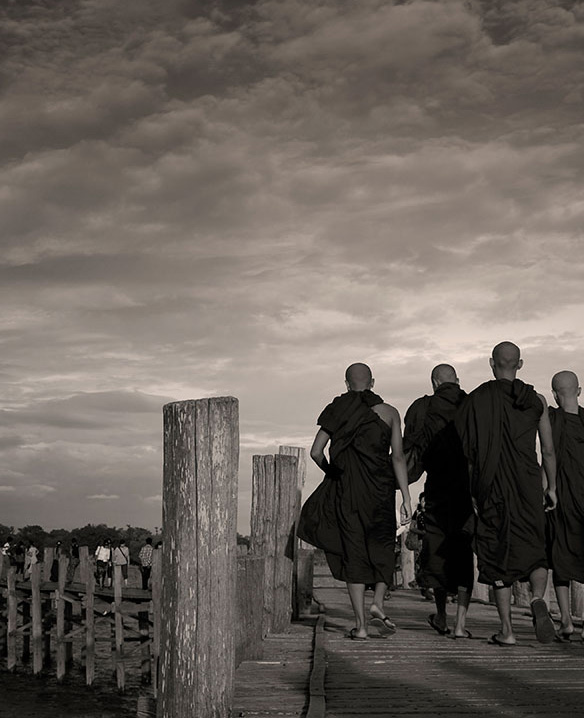